The Villagers, Carrying Things From Home 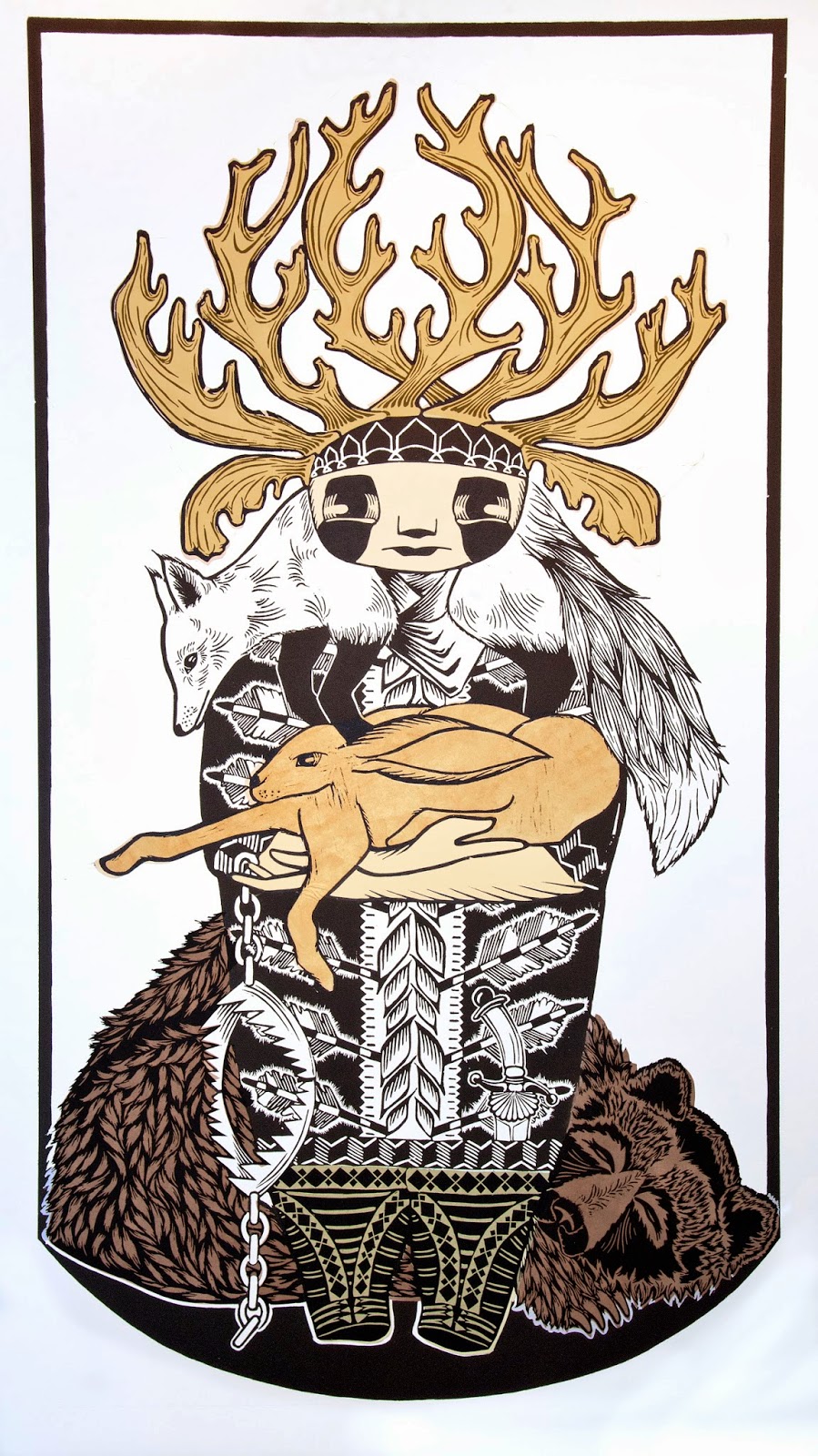 When Annalise Gratovich approached us about her project of printing eight over-sized woodcuts, she was wise to bring her six foot carved woodblock to show us.  The stunning image was deeply carved to create a stark imposing but benevolent horned figure standing and holding a rabbit.  The effect it had on me was like being confronted by a religious deity, an icon.  It held me with its mystery.  Anna explained that she had planned a group of images she called "villagers" to be carved on the same scale and printed onto paper then color added.  Proofing the first block gave us more reasons to join her in the quest to create the group of villagers.  The proofs were stunning.  Flatbed's master printer, Tracy Mayrello, worked with Anna to achieve the color using hand-dyed mulberry papers applied by chine collé method to areas Anna chose to color.  Seeing the proofs up and drying on our walls was exhilarating and we knew that when the eight were complete we would have a powerful yet beautiful experience to offer. 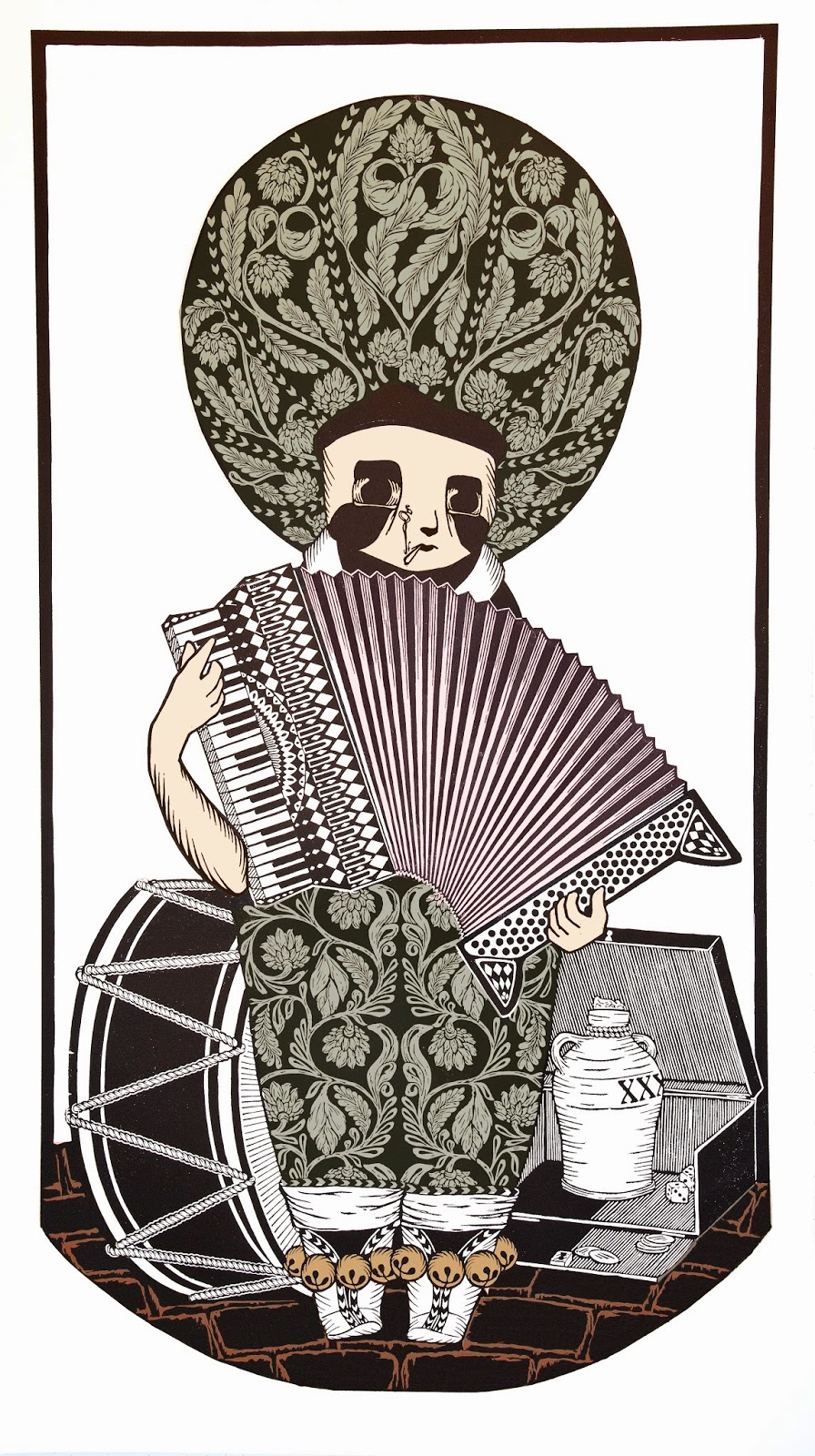 This summer the first four woodcuts are slated to be editioned.  The editions will be small, seven of each image.

Annalise explains that the images are rooted in her family heritage as immigrants from the Ukraine two generations back. More than heritage, Anna is interested in aspects of memory and burden.  Each figure carries a burden and presents it as we often present treasured bits of history and memory. Each is surrounded and clothed with objects and seemingly symbolic patterns and details.  They are weighed down with their own precious and valued objects.

For more information, just write us at Flatbed Press. (info@flatbedpress.com) And look for an announcement of the publication of the four at the end of the summer.

Posted by Flatbed Press at 6:45 PM