Seeing Palindrome: I Saw A Crow, Orca Was I 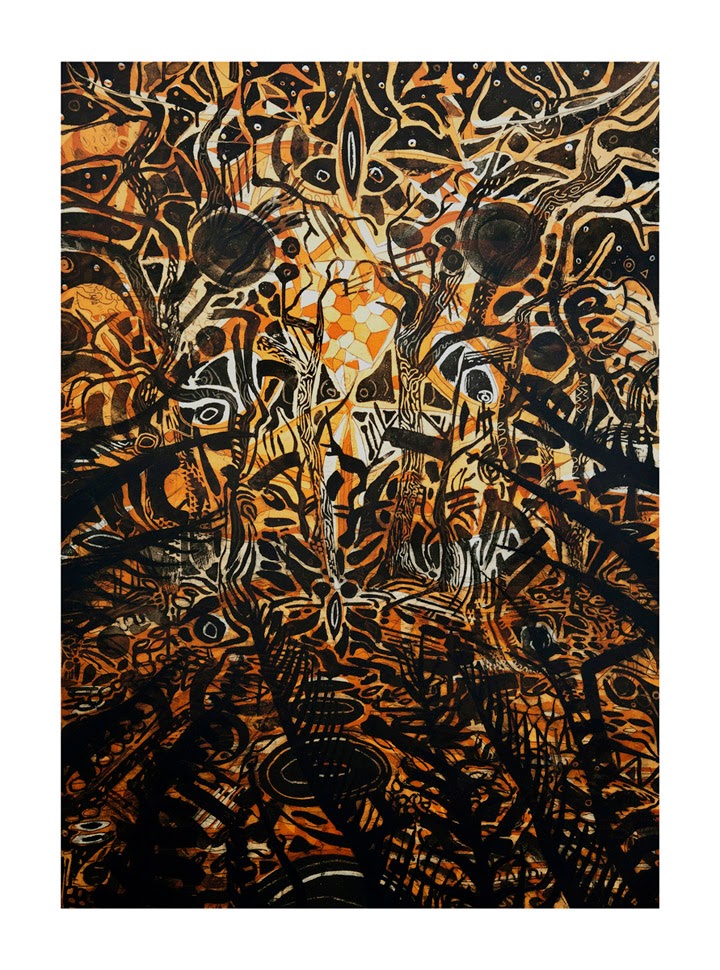 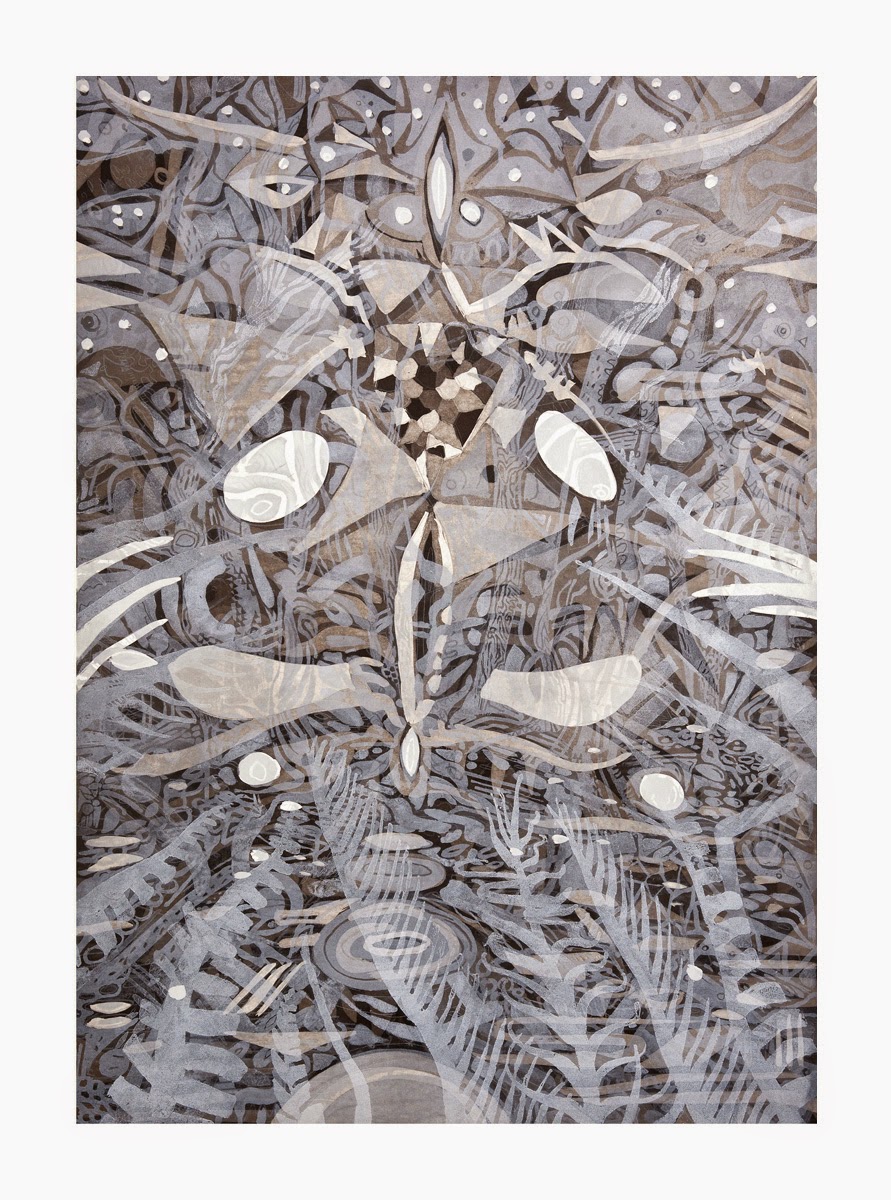 
Many artists come to Flatbed Press to create original prints.  For some it can be a bit like wandering in the jungle particularly when a complex process is undertaken as was the recent successful intaglio collaboration between Austin artist Jules Buck Jones and Flatbed’s master printers.

An emerging talent known for his drawings, paintings and installations, Jones first worked with Flatbed master printers - myself and Tracy Mayrello  - in early 2013 to create an etching titled Continental Divide. “This initial project,” says Jones, “ is a clean graphic depiction of dense forest imagery, broken down and abstracted with exaggerated shapes and rhythms.  It is based on observational drawings I made while in Monteverde Cloud Forest, Costa Rica.  This etching was fun to make and was a friendly introduction to the possibilities of printmaking.”  (see our blog Jules Buck Jones- In the House)

“I had to rearrange my usual approach to image making and work collaboratively.” says Jones. “ At times I was working completely backwards and blind.  There is a level of complexity I can achieve in my paintings by layering, covering and opening up areas with little planning;  it is all attack.   The large print required a game plan.  The back and forth of painting was possible but in a less immediate fashion.  A lot of problem solving came into play which was super fun to work through, like putting together a large puzzle. “
I worked with Jones to plan the project.  During a studio visit, his current work suggested that a colorful multi-layered etching would fit his vision.  The solution was for Jules to make two copper plates with distinct matrices to create a dense tesserae of shapes and gradations.
Enjoy a few images below of the development of the prints.

Jules began the first plate using a soft ground technique which allowed him to draw a linear image onto the plate. Next, he added dark shapes using the “sugar-lift” technique.  Here, the image is painted directly onto the copper plate with special ink made out of sugar, ink and soap.  This allows the artist to incorporate brush strokes as he painted a bold pattern of shapes suggesting the jungle and its inhabitants. He repeated the process, adding additional shapes until he achieved an almost claustrophobic jungle environment.  In all, the plate was exposed to five acid baths to etch the complex image. What emerged was again dense jungle imagery as in Continental Divide but in a much larger format. Jules was ready to dive in to create color variations, but as is often the case, he faced unfamiliar territory, full of unknowns, and processes that were tedious and unlike [his] primary medium.

Jules shared: “The image is still of congested forest information, but this time  [the multi-stepped process] provided a spectrum of darks and lights, that the first project did not attempt.  Here, the entire emotion and temperature of the etching changes with the manipulation of the colors,”

After experimenting with the key (first) plate, and creating a series of multi-colored monoprints, Jules created a second copper plate using an stage-etched aquatint process which allowed him to etch shapes of different values.  This adds a dimension of both color and depth.   With both plates ready, the printing began; experimental color trials were pulled combining a varied range of colors.  The results were stunning, and with some difficulty, two versions were selected to edition.

I Saw a Crow, the key plate created with soft ground and sugar-lift aquatint and inked in black, dominates the space.  Printed over the lively raw sienna background plate, the nuances of the mark making lying over and into the tesserae of dimensional shapes give a sense of the entanglement of a jungle,  Orca Was I provides a stark contrast.  “Here, the key plate was inked in white, the back plate in dark brown,”  notes master printer Mayrello.  “This allows the imagery from the back plate to come forward allowing tones to fade in and out, suggesting a very surreal environment.”

Read together the two titles create a palindrome - I Saw a Crow and Orca Was I - cementing the relationship between the two views.  Seen side by side the two images play off of one another and give new expression and beauty to the jungle imagery.  The light changes, hidden images appear, the density of the foliage closes or opens and chaos reigns within the rule of nature. Together they form a visual palindrome.

These editioned prints,  I Saw A Crow and Orca Was I, exist in editions of 15 each.  They, along with the monoprint series titled with the complete phrase,  I Saw A Crow Orca Was I  and numbered  I - X are ready for viewing and purchase at Flatbed.  Call or email us (Katherine Brimberry or Anna Gratovich) at Flatbed for more information. Link to our web site here for contact and edition information:  I Saw A Crow  or Orca Was I.

Enjoy the images below which chronicle some of the development of the plates and printing during the project.